Left Longmont Colorado quite early to start covering some distance.

Saw some odd things along the way including a toilet for road worker with a flood barrier around it? Is it to keep things in or out? 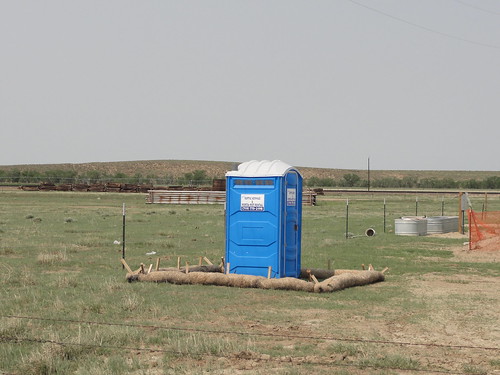 Found a field full of these nice white flowers behind a gas station, tried to pick a branch but the entire plant came up: 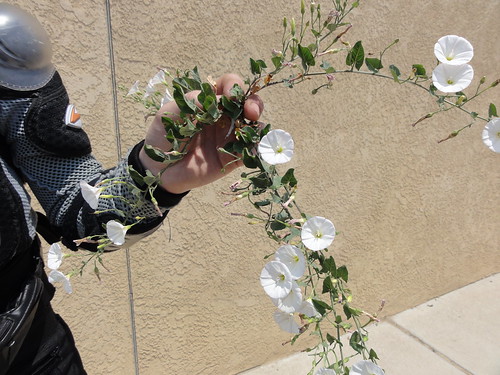 First of more to come with big herds of cattle rounded up: 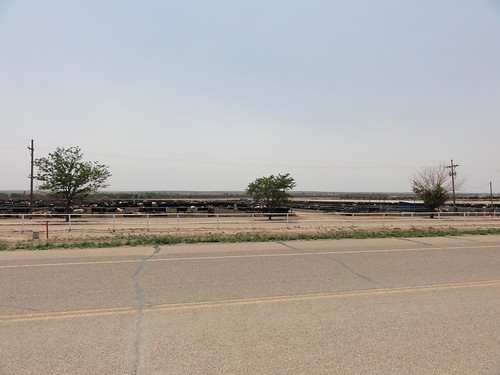 Taking a short break along the road near some abandoned building: 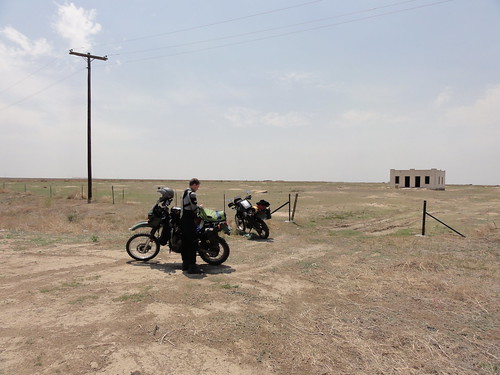 Entering the small strip of Oklahoma that stretches above Texas: 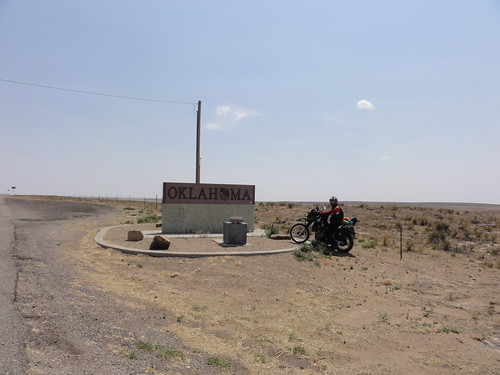 Didn’t take us that long before we entered Texas: 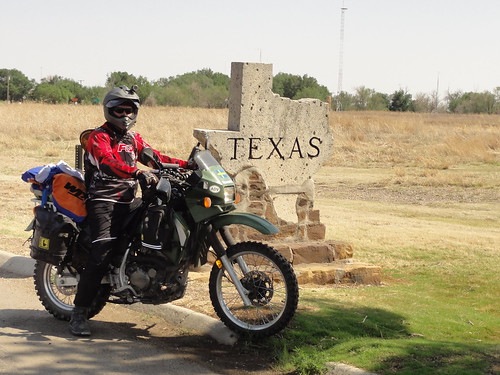 By one of many huge rotating hydration units: 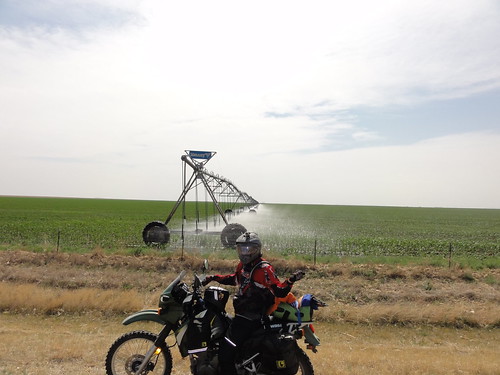 We gave up this day in Dalhart TX.

We were not far away from the Cadillac Ranch so we got there quite early but it was already plenty of people there spraying away: 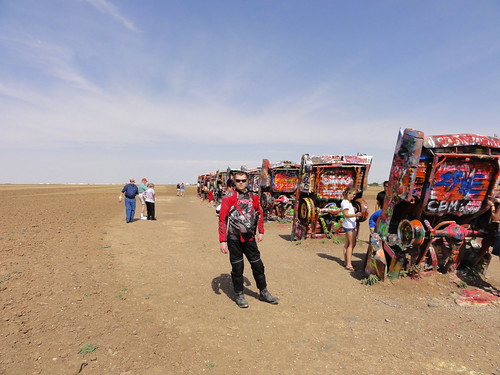 As we left a bus load of people made their way out like lemmings: 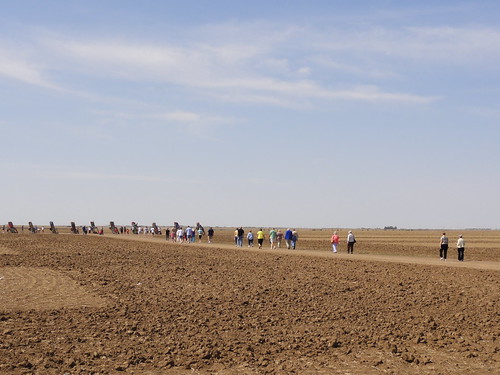 After that we aimed for the Palo Duro Canyon that we found out is a state park and the National Park pass was no good, but we got in there and they had a Texas longhorn near the entrance think it was part of a bigger herd since it was more signs about them around: 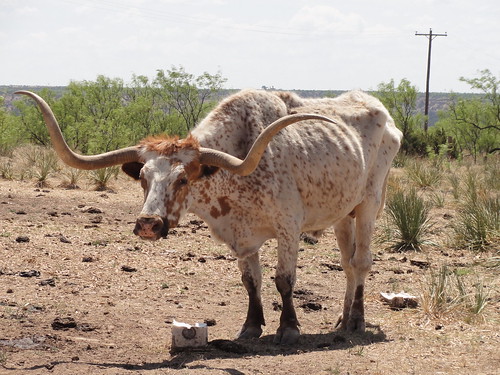 The canyon itself is kind of a miniature Grand Canyon you can drive a loop around in:

I was hoping it would be possible to get out if and head north east but that was not possible so we had to back track a little to get back on track after that.

Just had to play some with this old gambling machine we found at a gas station: 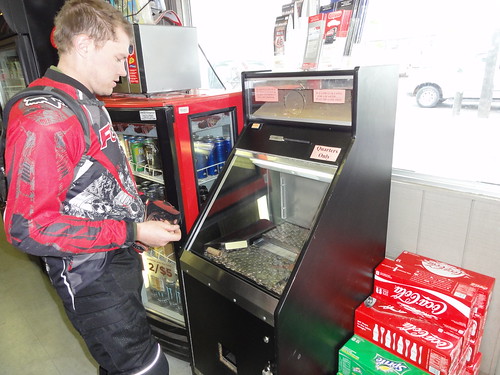 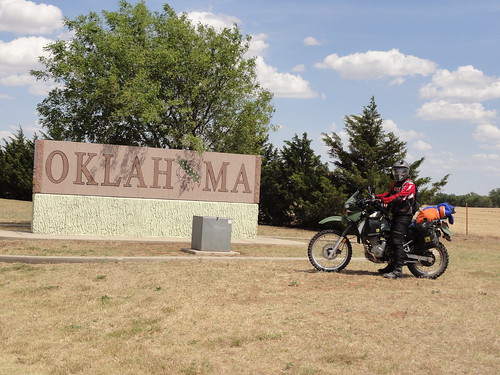 We made it to Elk City a little west of Oklahoma City before finding a motel.