After a night at a cheap motel a little to close to the road in Kingman we rode some along the historical route 66 bringing us by the Roadkill Cafe where we had a breakfast: 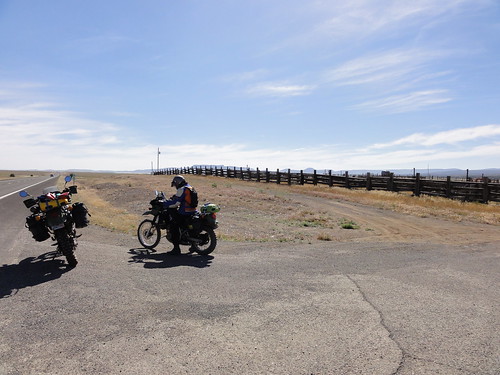 Not until here I noticed it had lost my license plate, looked back at the pictures last night and it must have come off around Hoover Dam, maybe along a rough side trail in Arizona near the dam going north.

Inside the Roadkill Cafe: 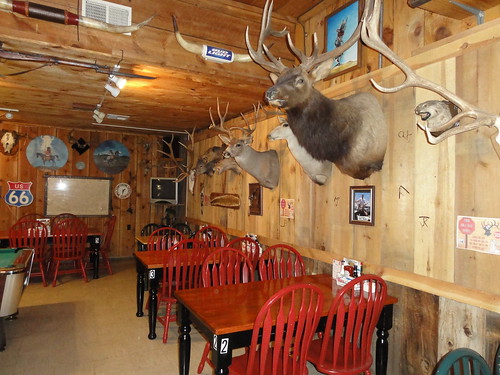 They had an old jail wagon outside: 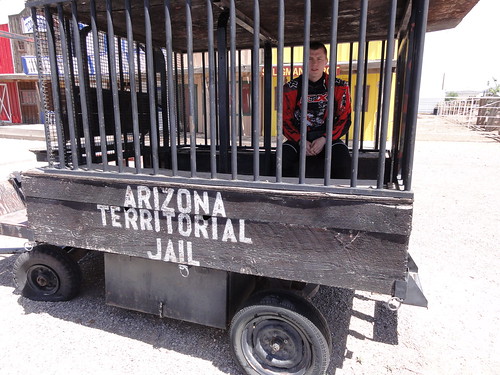 Found some tumble weed along a fence: 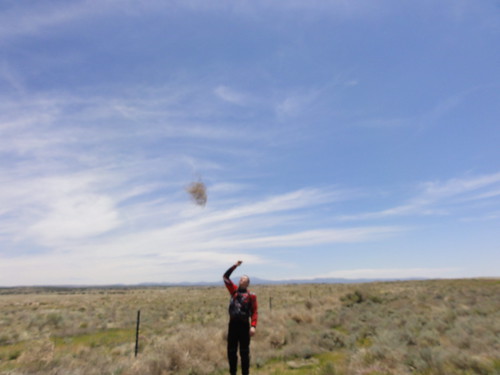 And we made it to the Grand Canyon, and its BIG:

And deep, the Colorado river can hardly be seen down there, expect a lot of people tho, there are better places with not as many tourists also: 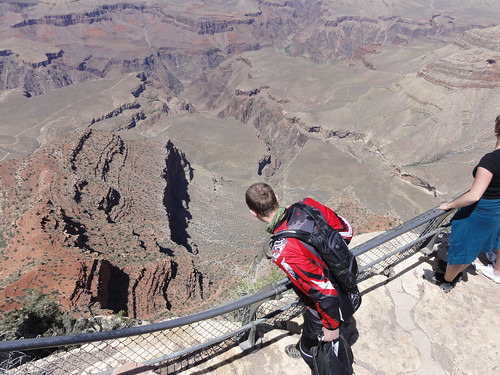 Further along the road you can get amazing view just by parking and stepping of the bike: 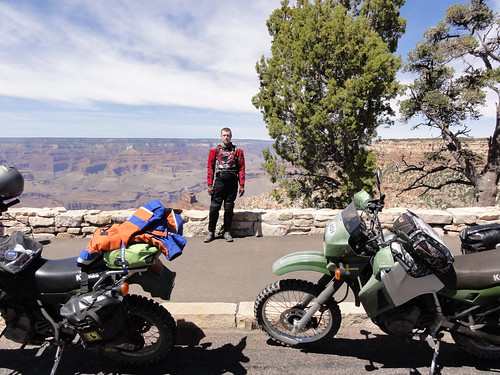 Took a shortcut on the way from the Grand Canyon and found this lookout tower: 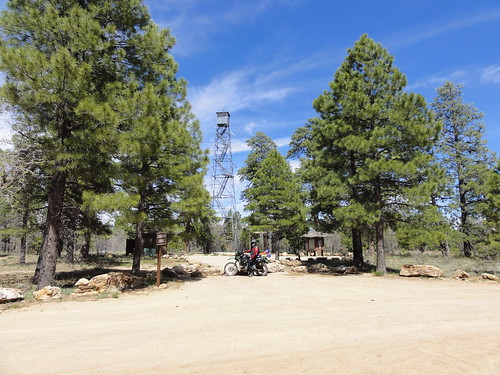 The cabin at the top was locked but even just below it was a nice view, the edge of the Canyon could be seen: 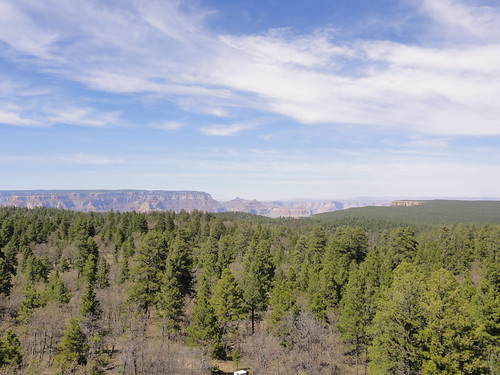 Along the NF-307 as the side road was called we were able to see some wildlife: 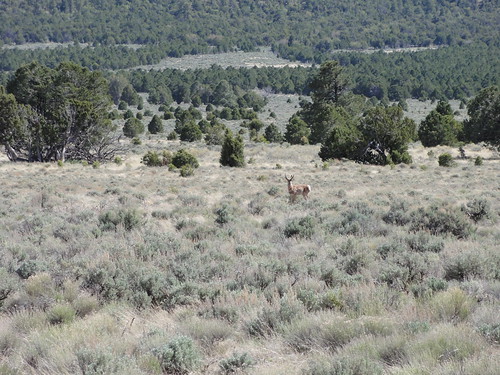 Ended up with some highway to make it back to Flagstaff, was very windy really exhausting conditions to ride in.