Since we were lucky enough to get hosted by a fellow Advrider member in Denver we started from there.

Wanted to get some more luggage and since we already had Wolfman Luggage on the bikes and it seems to be good gear we went by Longmont Colorado where it’s manufactured.

Just before getting there we were stopped for the first time about the missing license plate, we explained the situation and the officer was cool about it, took my information since he had to do some notes about all people he pulled over but let us go: 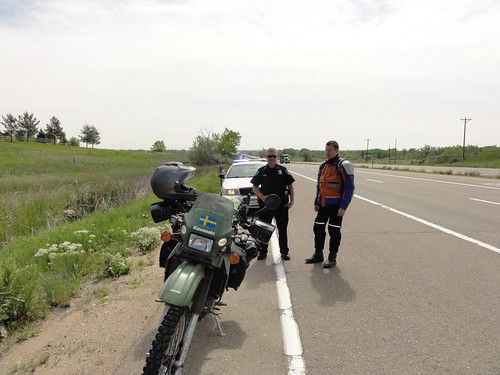 At Wolfman Luggage I added tank pannier to the other motorcycle and upgraded the tank bag I had.

Asked them to throw in some T-shirts also since we were all Wolfmanned up, they did and charged us for them so don’t expect to make any deals with them. Think that will be a wrenching T-shirt right away lost interest in advertising them, its enough that we use their gear that undeniably seems to be really good. 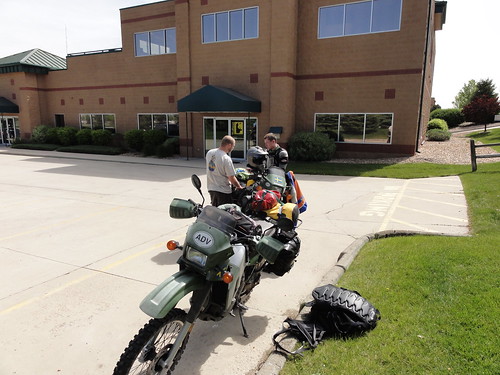 After that we meet up with a really nice lady that is second cousin with my grandmother so we are related, never meet her before.

Later that day we went up to Windsor where Good Guys had some car show with plenty of cars: 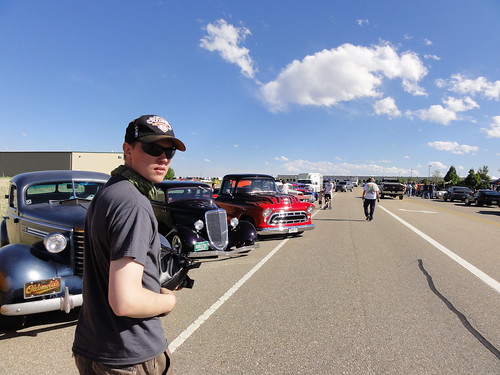 We took some pictures by a nice car with wooden cabin since my dad is a carpenter and the owner came up and almost forced my dad to try sitting in it: 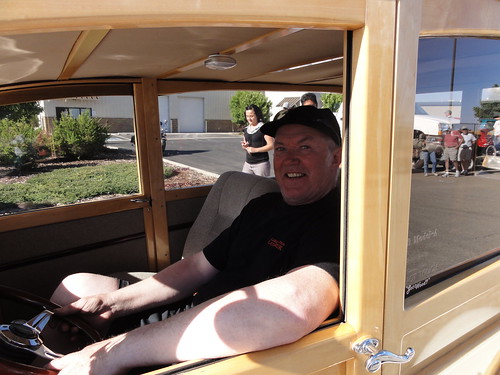 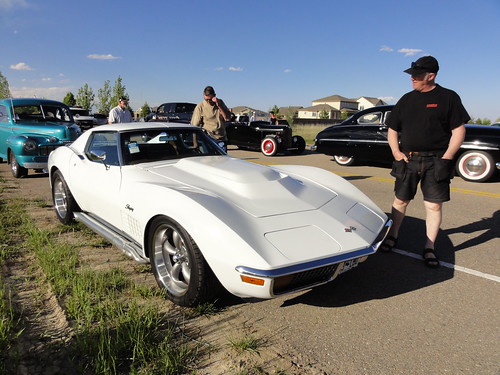 Also meet a fellow LC8 rider from Sweden there who was over to visit his sister living in Boulder.

Was a resting day, no riding only meeting up with relatives.

Dinner was at a restaurant serving …KLR RIBS?? 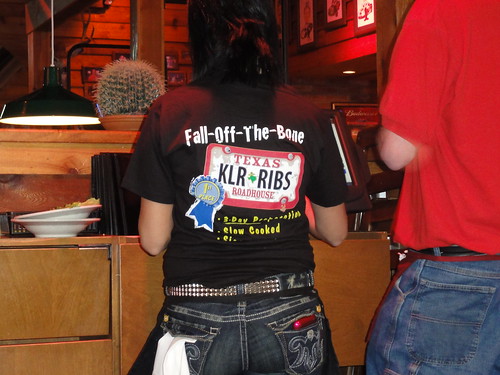 Had to try them: 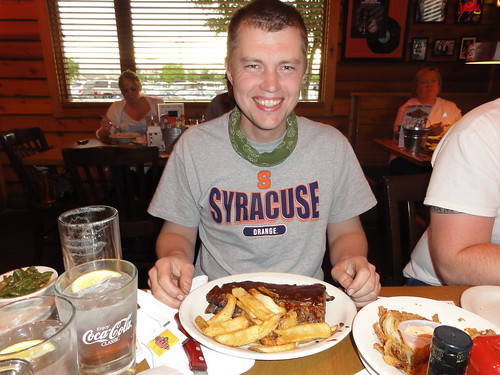 And someone ….GRR was nice enough to have the staff there bring out the fancy saddle and have me sit in it and have the entire restaurant go YIIIEHAAW since I was from Sweden and it was my first visit at the Texas Road House: 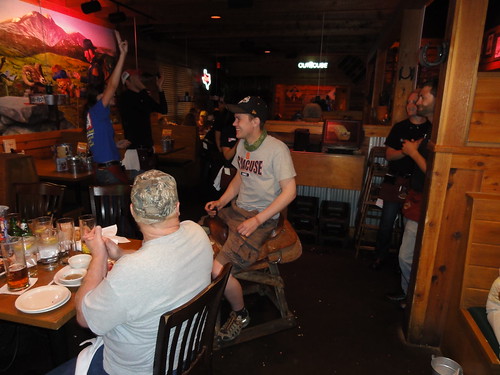 Though I must admit it felt comfy compared to the KLR seat.

One Response to Wolfman Luggage, Car Show and American Ribs