﻿﻿From the small airport in Skelleftea with its wooden traffic tower. 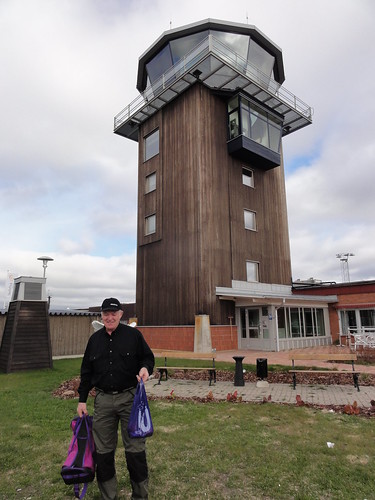 Landing in Arlanda Stockholm with one more connection in Frankfurt Germany
where we caught a glimse of my dads bag so this far the luggage is with us,
we didn’t need to collect and check the luggage in between flights. 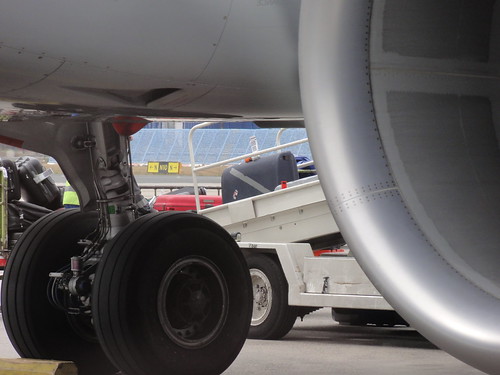 Last flight was operated by United:

Will my helmet survive the throwers?

Towards the end of the 11 hour flight from Frankfurt to San Fransisco: 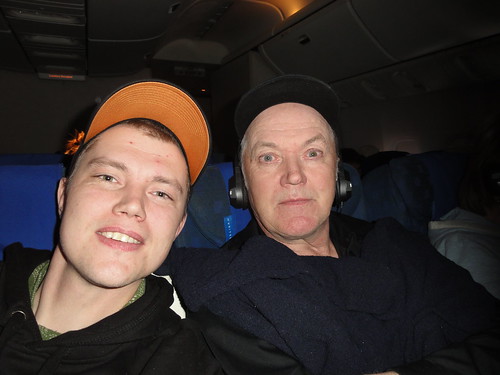 At least the bag was there to be picked up after passing border control.

We had to give up some fruit from the travel food, they even found 2 mandarins we had forgotten we had.

So after close to 24 hours of traveling and out of those 14 were spent in planes.

We finally arrived at our destination in Walnut Creek, CA.

We were really tired but had beds waiting.

After a good night of sleep we got up and started to look at the bikes: 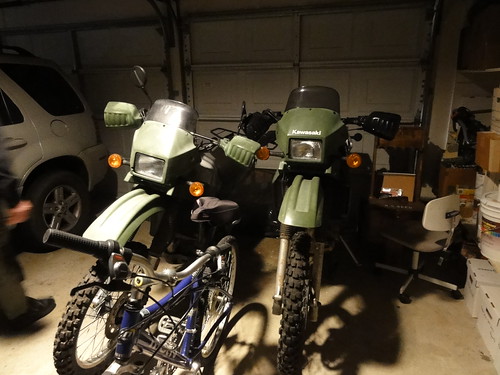 Started installing the racks for the Wolfman Luggage, fit perfectly: 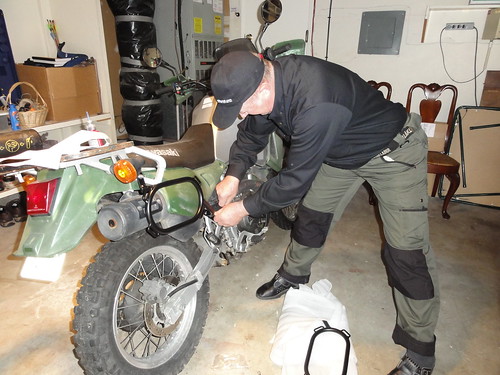 Found some cracked hoses, one bike seems to have alot of extra crap, some anti smog stuff i would guess: 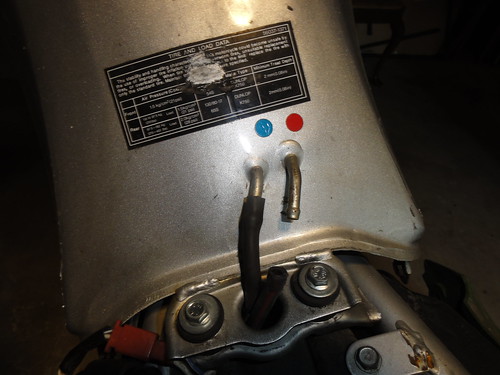 Installing some Xvision LED lights, had done the wiring already last time so it was a simple bolt on: 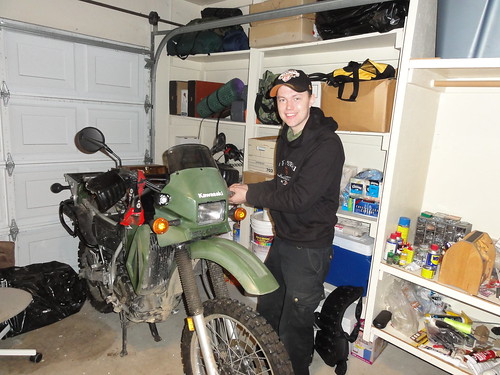 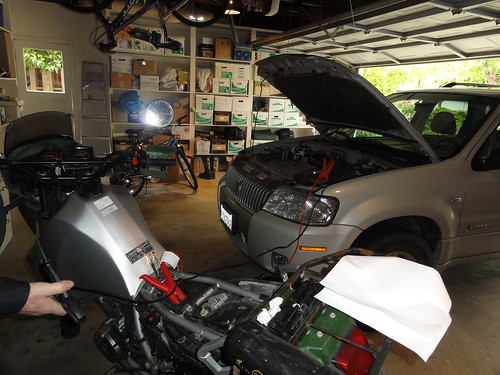 Found the the helmet locks interfered with the luggage rack so we removed them, on one bike we were able to unbolt it on the other we simply cut away the piece interfering: 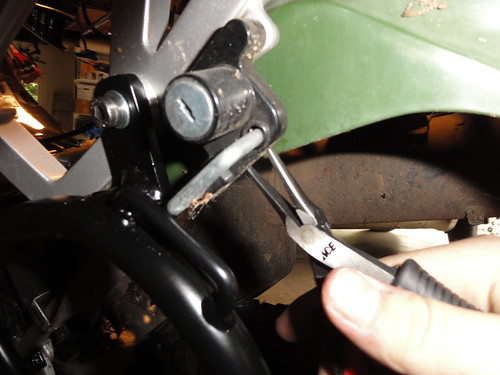 Did a test attaching the luggage to one of the bikes they seem very well made and clever mounting: 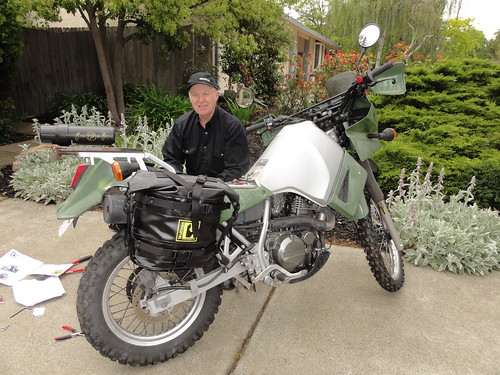 Hung up the rear end on the bike so we could remove the rear tire to have it replaced: 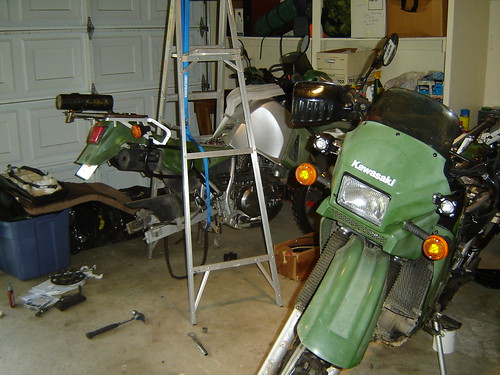 After spending $700 at CycleGear: 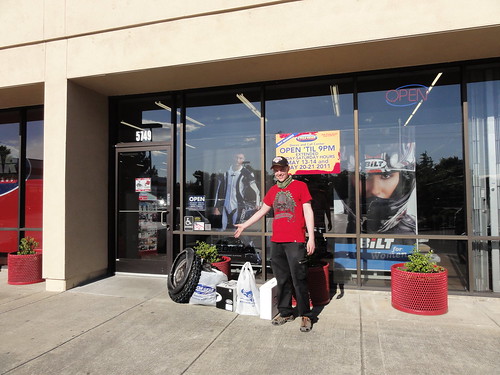 We are getting closer to being ready!

One Response to Airplanes and bike preparations