After Nashville we continued east the most interesting first part of the day was some landfill: 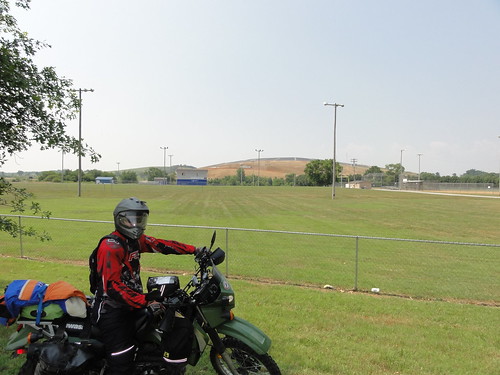 Some bridge we crossed: 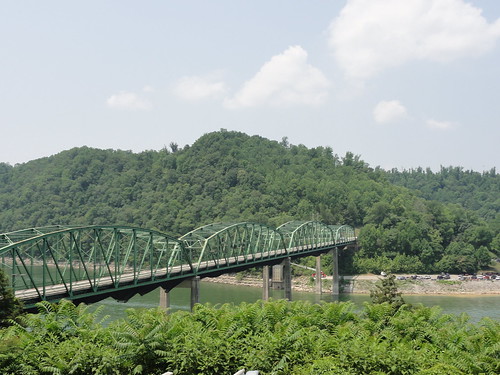 Some old rock house where some president had visited at some point we didn’t investigate further: 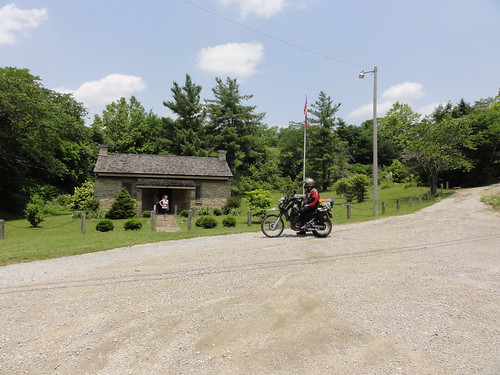 Some viewpoint along the way:

Here were going to ride some 3wheelers but Todd that was going to meet up at Coal Creek and lend us some machines had injured himself, a bit sad but hope he makes a quick recover, none of the people that we meet that knew him were surprised he was hurt.

Tried getting someone through some quad forum also to maybe guide at Coal Creek and we would have done some riding with the KLRs but that didn’t work out either so we did some smaller roads through Frozen Head state park.

Started the day by saving a turtle that was slowly trying to pass the road: 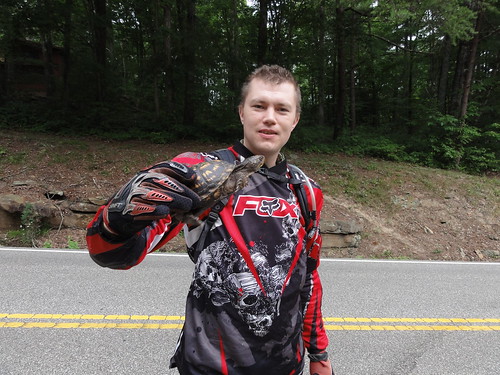 Had some evil dogs barking at us during the entire rescue.

Ran by this motorcycle campground is a dirt bike hanging in a tree a good or a bad sign? 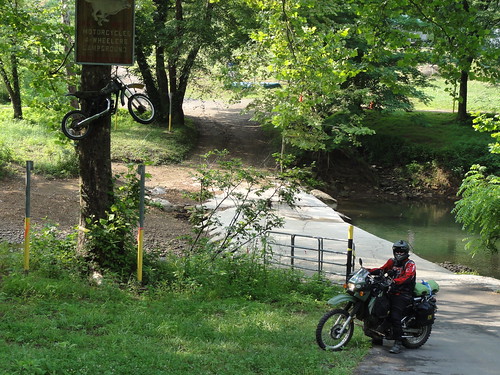 Rode through some really great areas: 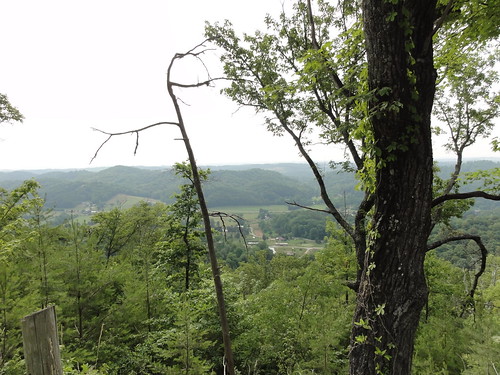 Since we were in the area of Dollywood we though we could get a look at it we didn’t have any plans to enter but it was impossible to get any view of it, this was the best we got: 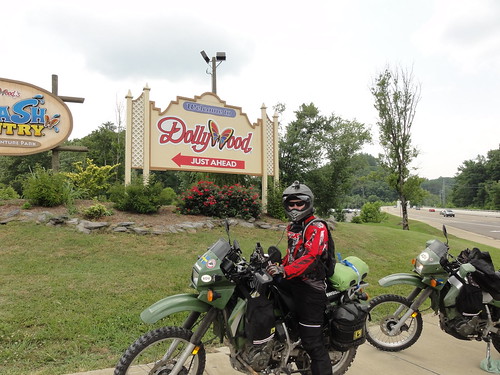 We passed the border to North Carolina: 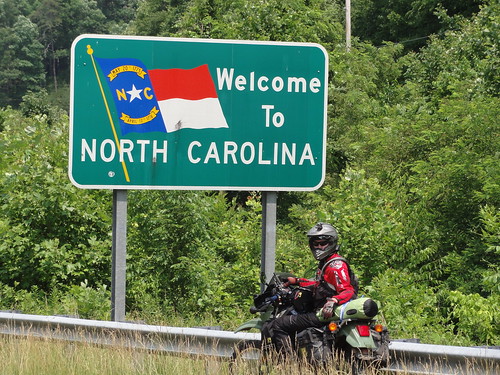 Just 20 minutes before our destination for the day we faced our first rain on the trip, we took shelter at a gas station and waited out the worst and geared up for the wet: 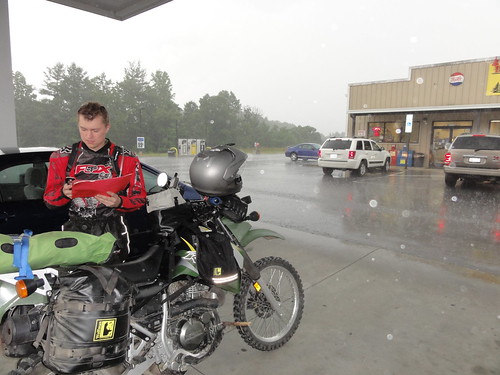 Our hosts had humming bird by the feeder they had on their porch: 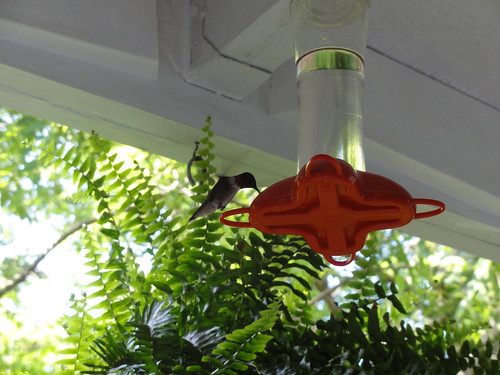 We had Gary, the man behind the Smoky Mountain Adventure Map, as guide for the first part of our ride south on the Blue Ridge Parkway, we only had two days to spend so we had to choose the best from the selection there is: 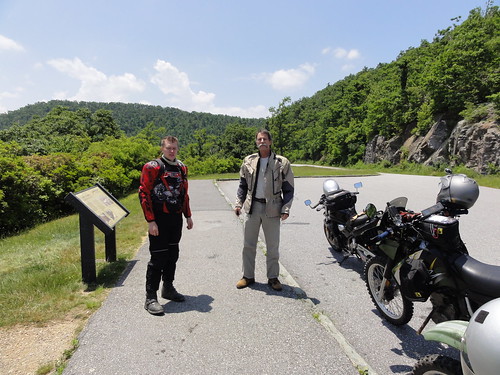 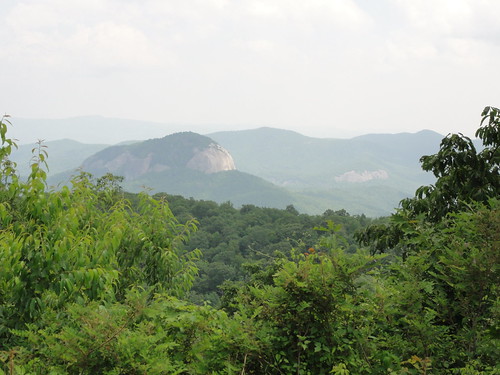 We passed the highest point: 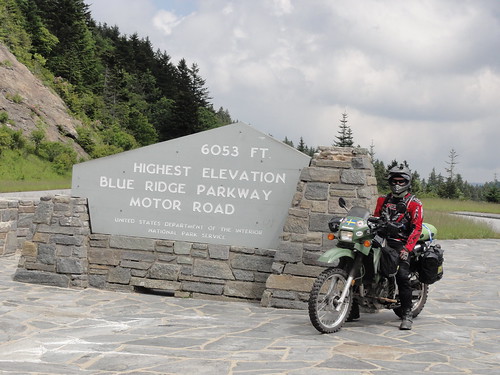 The night we spent in a small town called Robbinsville.

In the morning we had a room with a view? Some fellow Harley riders had parked the bikes under the roof by the wall: 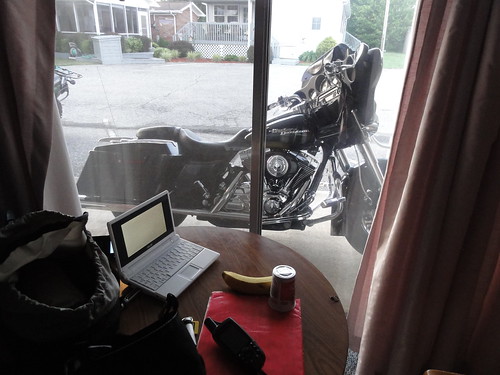 We did visit the Joyce Kilmer Memorial Forrest we didn’t do the entire walk but still found it amazing: 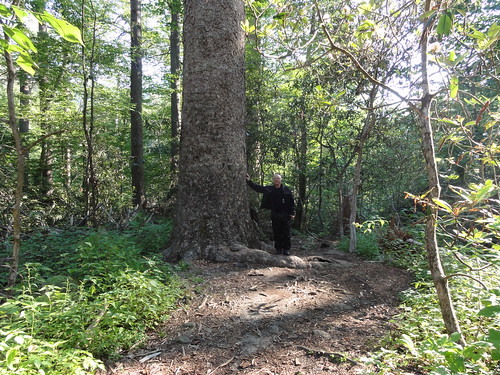 Taking the Cherohala Skyway, doing a loop by the Blue Boar road that was gravel and nice, this brought us back into Tennessee again: 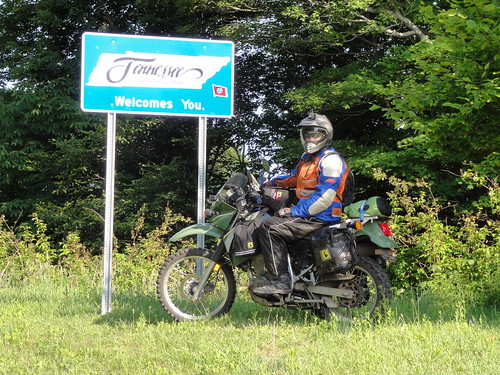 Doing the Tail of the Dragon to bring us back over into North Carolina over Deal’s Gap, plenty of bikers: 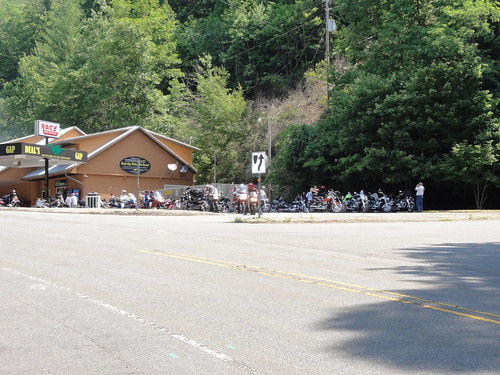 Have plenty of video from the helmet camera that I hope turned out good but that will have to wait.

We headed over to the Fontana dam: 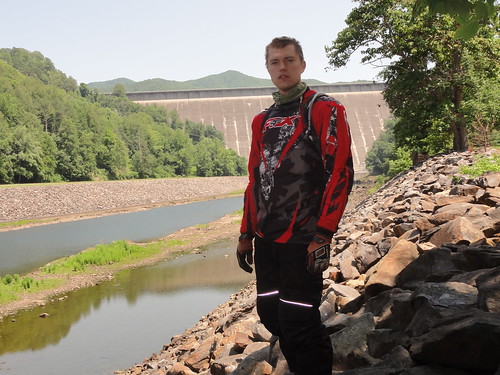 It was possible to take a back road from it.

Getting back north we spent some more time on the Blue Ridge Parkway: 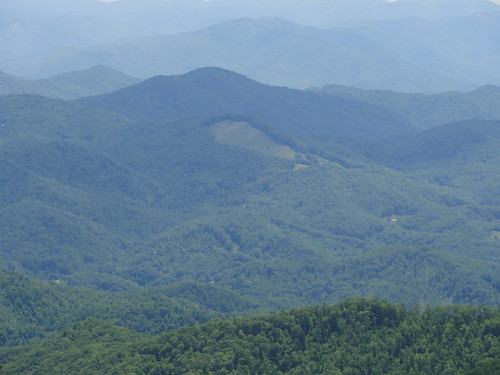 Once back in Asheville we picked up a set of new front tires for the bikes: 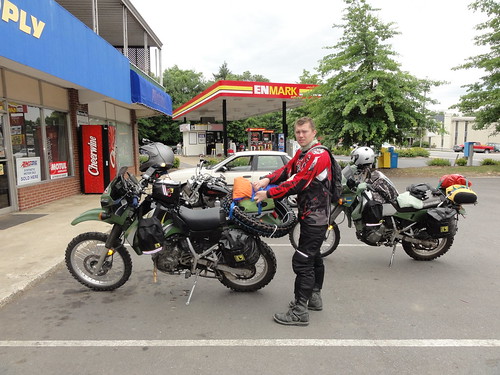 Also went by Best Buy to get another external hard drive to have room for the HD video from the helmet camera since the one I brought was not nearly big enough.

In the evening we swapped the tires: 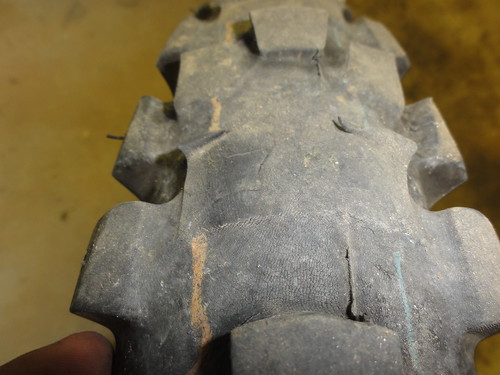 Leaving the Asheville region we headed north along the Blue Ridge Parkway: 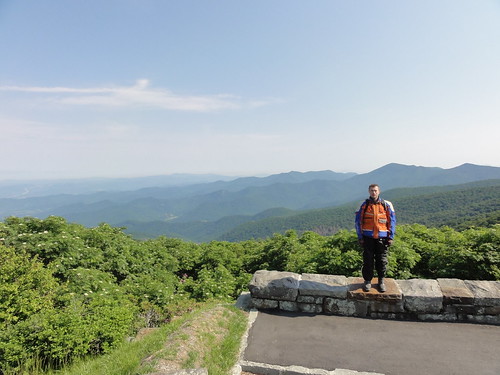 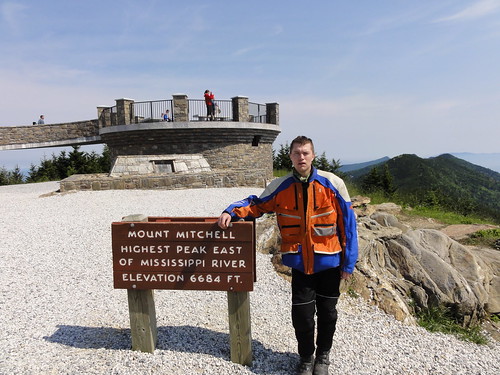 Panorama view from up there:

Found this great lookout point further up the Blue Ridge: 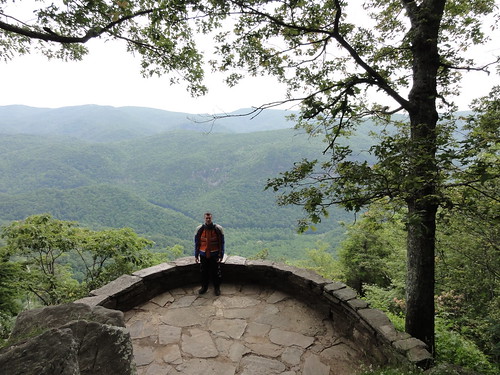 We used the Blue Ridge Parkway up to Boone, there we got some directions from an old lady during lunch (that was drunk according to my dad) don’t think we got her directions right but it took us along some great road with plenty of Christmas trees: 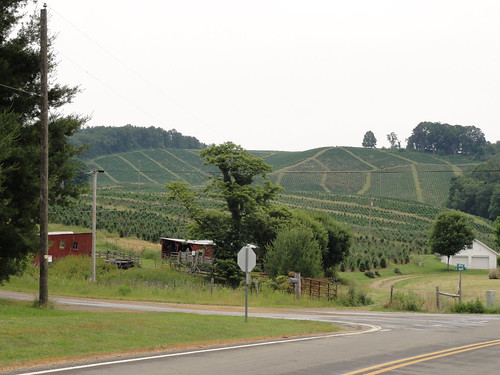 We had some trouble ending up on gravel roads and onto some back road into some air field with some angry guy on a lawn mover yelling at us to turn back.

After all that we finally made it into Virginia: 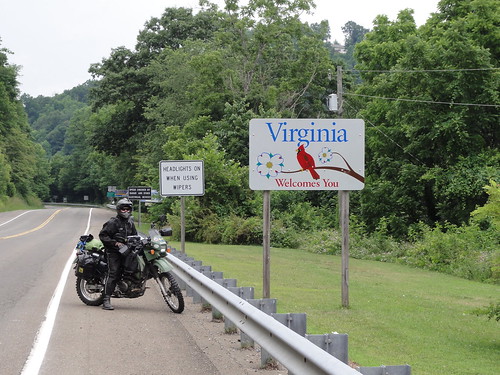 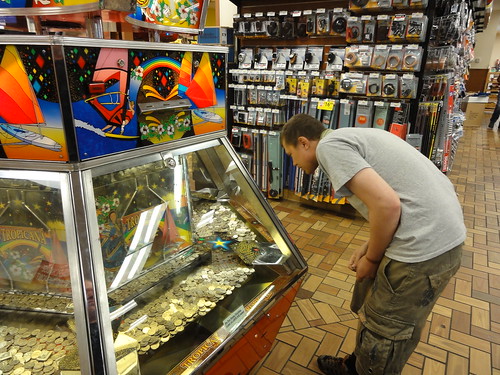 Think the lower layer was clad in rubber after some close examination you could see that it wasn’t metal as previous machines.