Lake Michigan and getting there

Was pretty much a transportation day, quite early getting over a small hill and a big trailer blocking the road sure wakes you up: 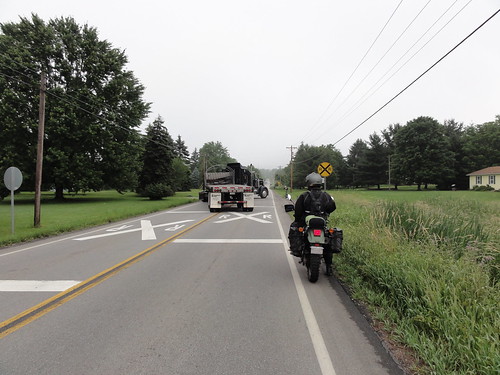 GPS directed us along some road that was closed off cause of this? Hardly enough to get the rubber wet: 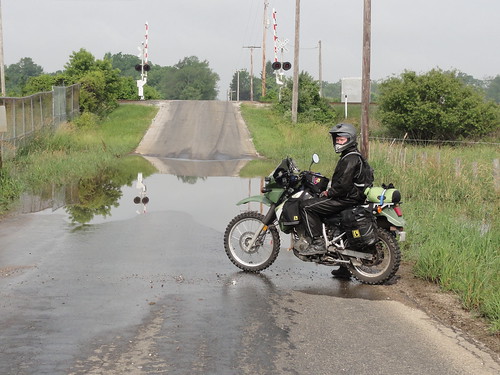 Plenty of different kinds along the road so felt we needed a close up of a road kill at some point: 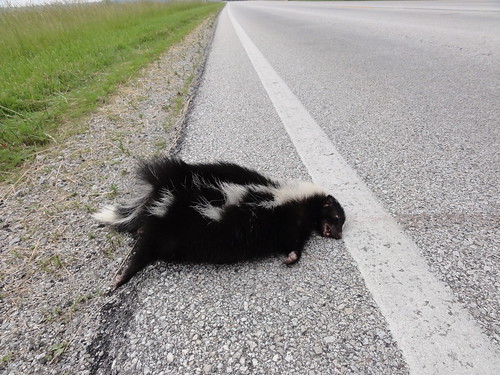 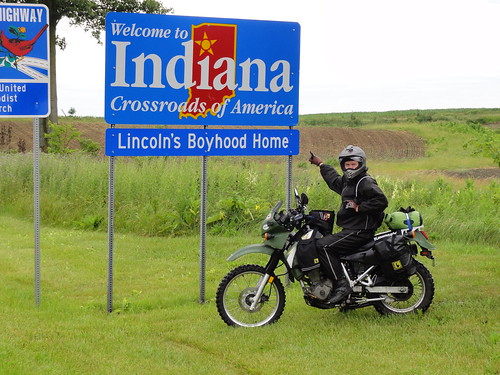 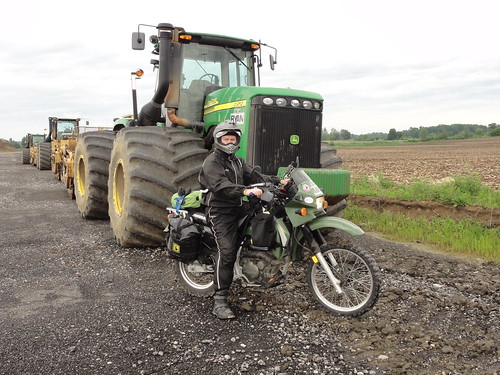 Passing by the town of Mongo: 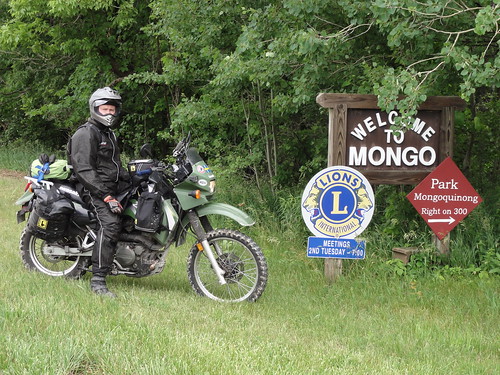 Spending some time on some gravel roads going through some swampier areas: 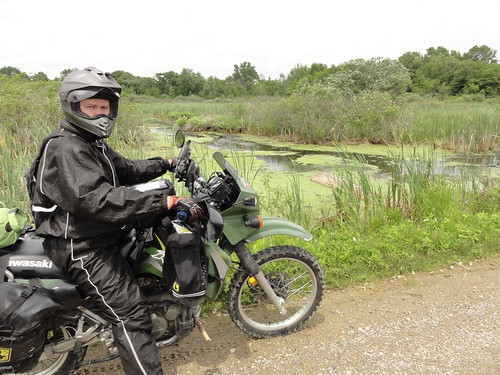 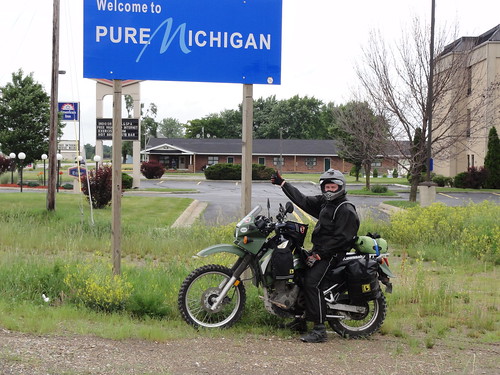 Since we slept close to the lake we made it out to get a lake view: 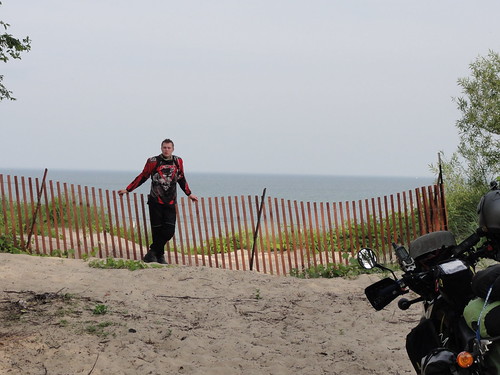 Was some seriously fancy houses in that area: 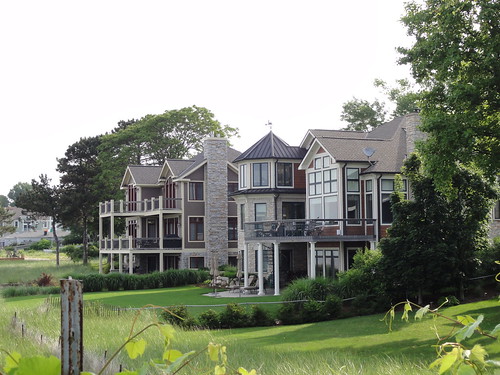 Drove by some steam boat museum: 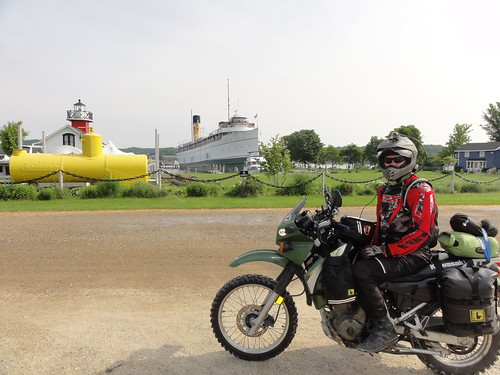 Weather looked bad so we put rain gear on but it was a false alarm so we had to stop not long after and get it off: 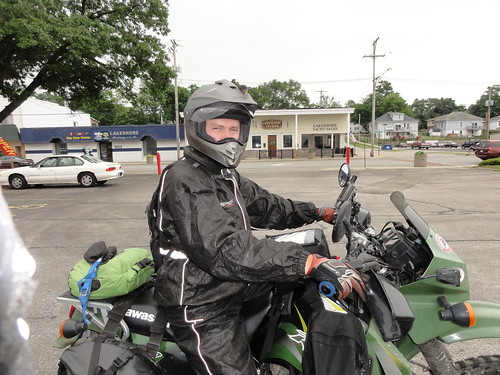 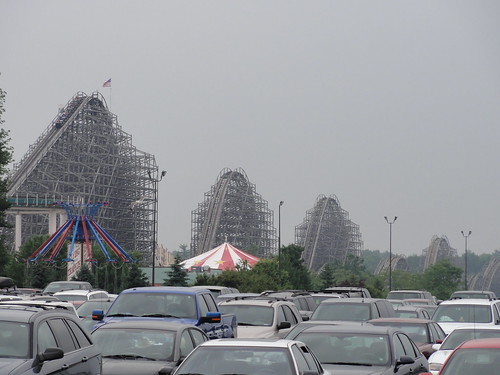 Further up north along the coast we could see some dunes across the water, you could ride them but needed some pass and flags so it wasn’t for us this time: 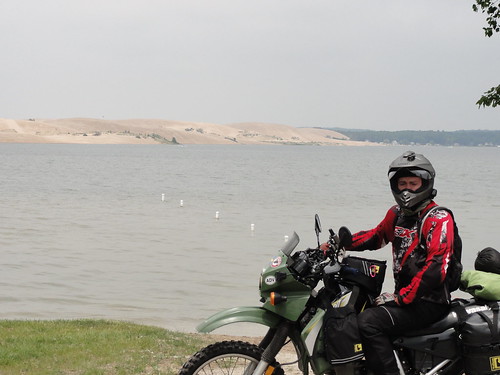 Some view point with binoculars and all but way to foggy to really see well: 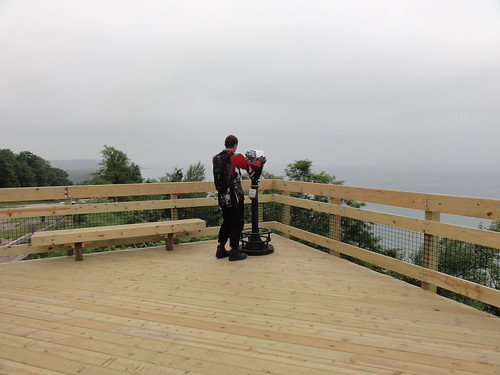 Stayed the night in Frankfort right by the lake and went out looking for food but ran across a light house searching: 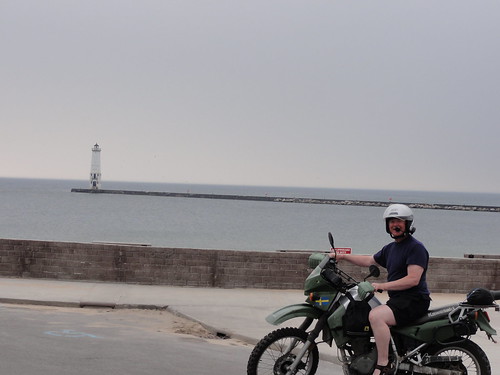 Temporary plate seems to have attracted some moisture inside the plastic: 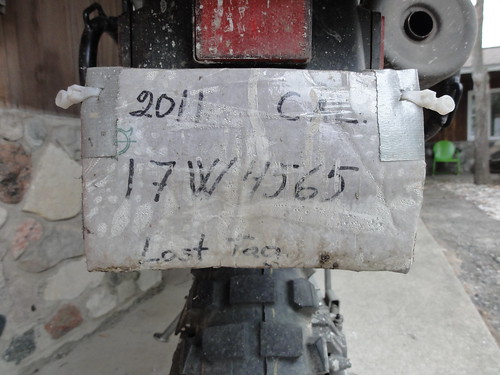 In the evening we had some heavy rain with thunder: 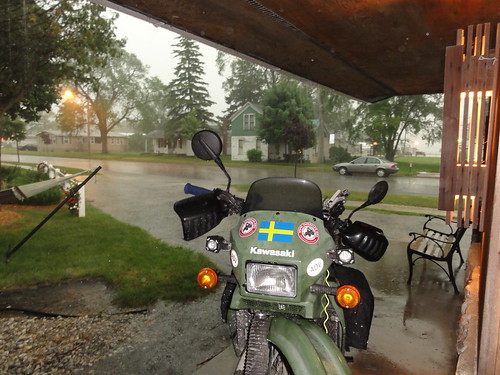 Plan for the day was to get around the top of lake Michigan crossing Mackinac Bridge, started quite rough with a wet partly washed out sand road: 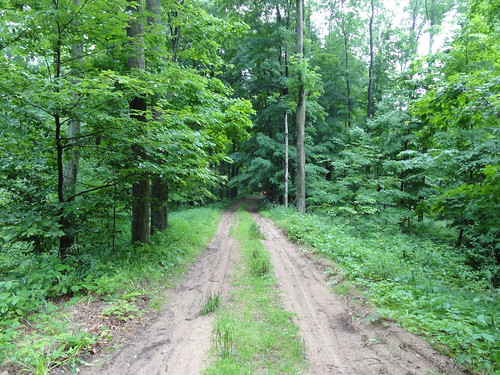 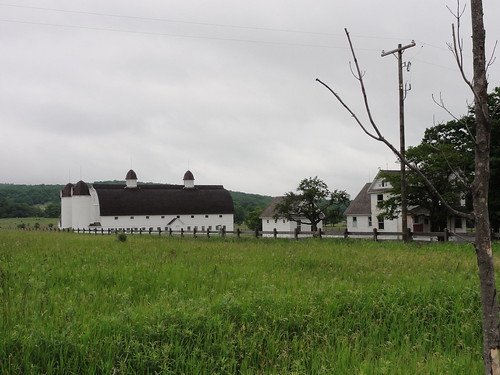 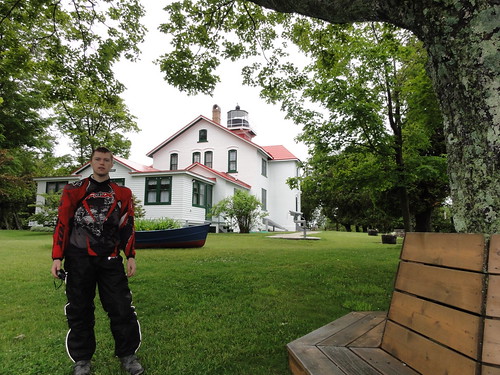 But getting there had us pass this cool building that must have been the air traffic tower for a small airport: 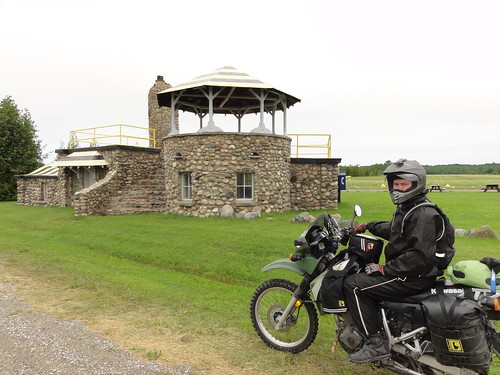 Getting over the bridge was horrible dense fog and repairs forcing us to ride on the grid that made you hold the handlebar until the knuckles turned white: 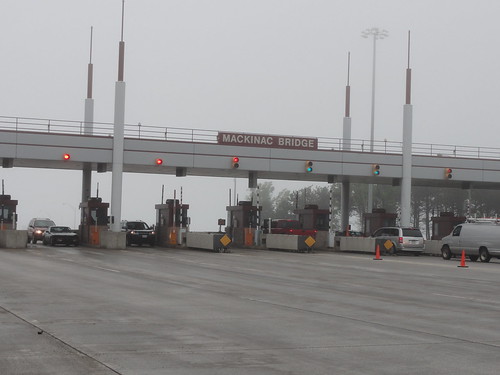 Driving down along the US-2 it was a little less foggy but we later ran into some rain: 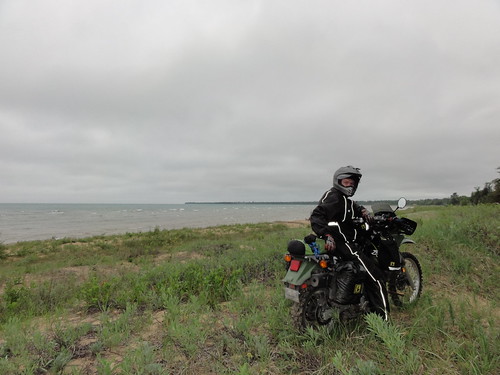 Gave up for the day in Manistique were we found this impressive lumber jack: 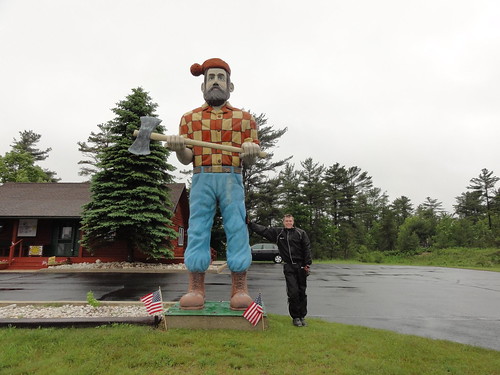 And a moose in a tux: 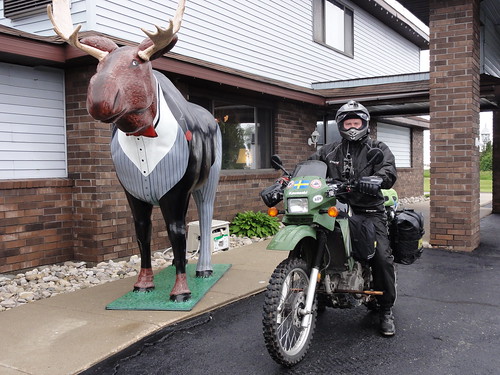 2 Responses to Lake Michigan and getting there