First plan was to share a hotel room in Nashville with a friend from www.3wheeler.org but that was not possible since we arrived there during the CMA some country musics award show.

But Chip helped us with a room in Smyrna (anyone have the story behind that name? please comment if so).

On Friday he picked us up since we needed to do some maintenance and he had also picked up some parts we had ordered to sort out some minor problems with the bikes, we loaded the bikes on his pickup so they would be cold when wrenching: 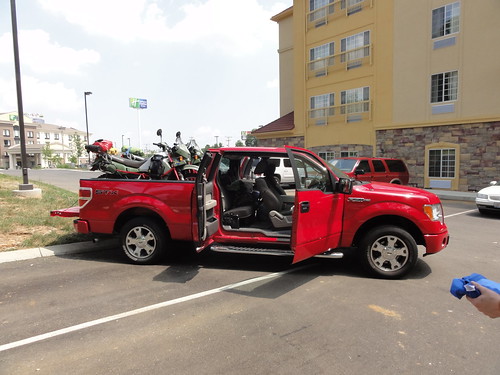 Fixing the oil leak we had on one bike: 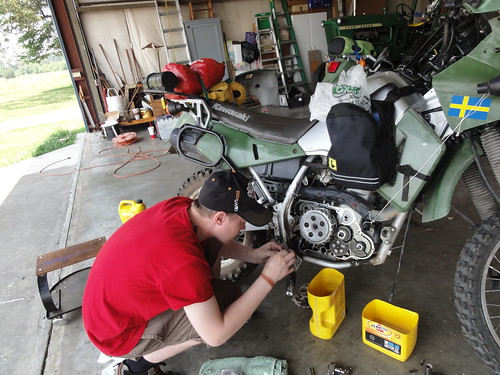 Looked over the “doohickey” on the other bike since that had some strange sounds going on, was nothing wrong with it but since we had ordered the upgraded one we installed it, sound is still there …hope its outside the engine.

After getting the bikes back to the hotel we headed downtown: 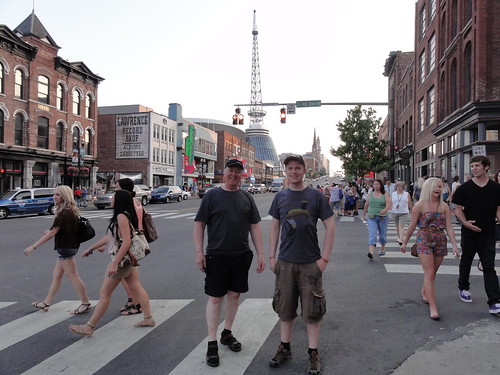 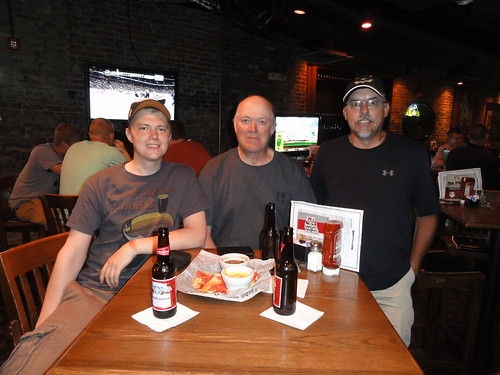 We went by some of the honky tonks for some beers and music: 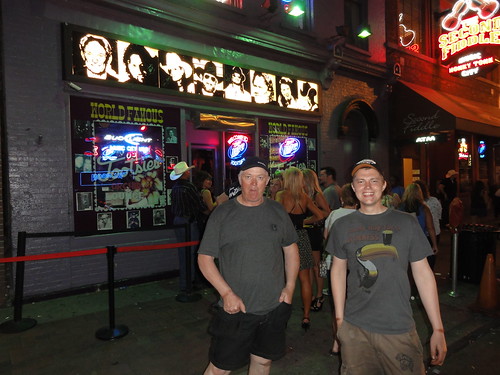 At The Wheel a guy coming in was challenged by the band to do some dance off, here he was later on stage since he was so good: 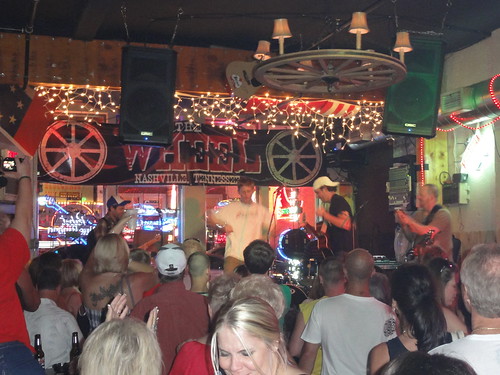 Here he was later on with his competition in the dance of: 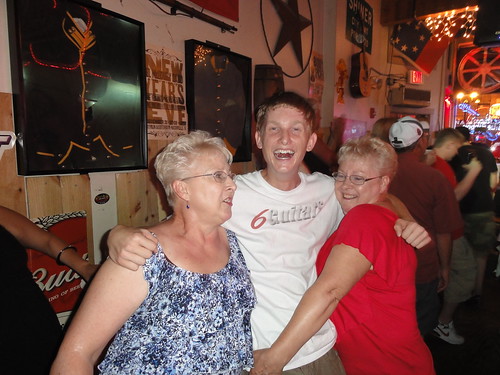 Can just say that we LOVED you Ross! If the video recordings turned out good you will be a STAR on youtube.

On the last place we visited the Chili Chicks was performing and Chip insisted we get a picture with some of them: 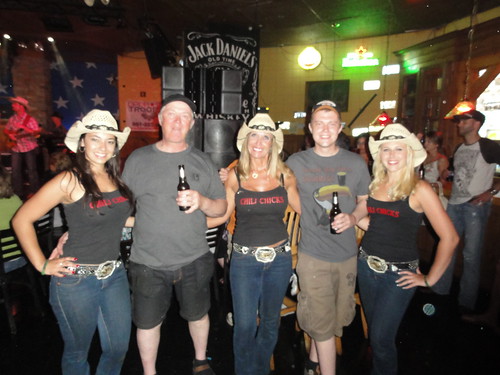